PREVIOUS
NEXT
Share Article
New Challenges and Traditional Ways
We are very pleased to have been asked to assist the Kwakiutl First Nation on a fisheries matter. We take pride in what we do and we are honoured to be given the opportunity to assist in the preservation of the fishery for the Kwakiutl.
The First Nation says the purpose of the Kwakiutl Fisheries Department is to facilitate and encourage the long term sustainable development of our commercial and food fishing resources. Conservation and careful management and use of our fishing resources are a fundamental priority of the Kwakiutl Band, in the interest of this and future generations. The Kwakiutl First Nation is acutely aware of the fundamental cultural, social and economic role played by the fisheries sector.
During the course of my time with new friends, I was able to visit the workshop of gracious host, and legendary carver, Stan Hunt. These totem poles are as emotionally moving as the First Nation was welcoming and inclusive. The following photos are of his work.
Stan Hunt comes from a Kwagiulth family from Fort Rupert, British Columbia on Vancouver Island. His grandfather, Mungo Martin, is widely credited with saving Kwagiulth art from extinction in the early part of the century. His father, Henry Hunt, was a renowned master carver who worked at the Royal British Columbia Provincial Museum in Victoria for many years. His older brothers, Tony and Richard Hunt, are among the leading artists in the Kwagiulth form.
Stan was born in Victoria on September 25th, 1954 while his father was working for the museum. Mungo Martin provided the link with tradition for the family; from his songs sung around the kitchen table to the extravagant ceremonies of the potlatch. After Stan, at the age of ten, danced as a Hamatsa for the first time, he became more involved in the rituals of his people. When Stan was younger he carved toy boats and canoes.
In 1976 he went to see his father Henry in his carving shed and asked if he too could be a carver. His father replied, “the first thing you have to do is make your own tools.” Stan spent the next three years learning knife techniques and carving plaques for the Victoria tourist trade. He also assisted his father in the carving of six totem poles. Stan’s interpretation of the Kwagiulth style is starkly traditional. No power tools or sandpaper are used. Only the traditional tools, the adze, curved knife and straight knife are used. The images are original but with traditional roots in stories of the Kwagiulth people and images passed down from one generation to the next.
We hope to further the work and the hopes of the Kwakiutl First Nation in this matter. 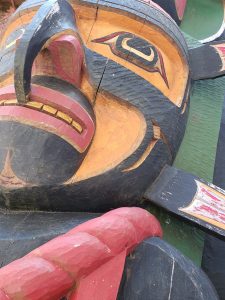 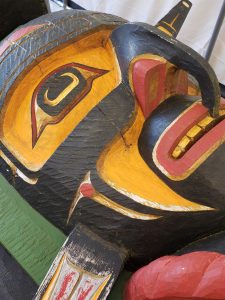 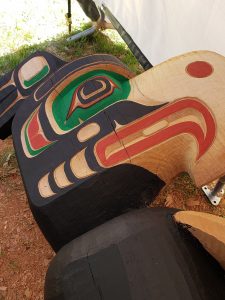 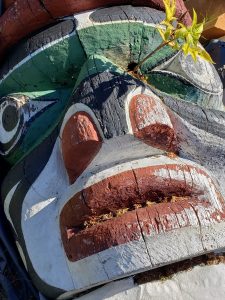 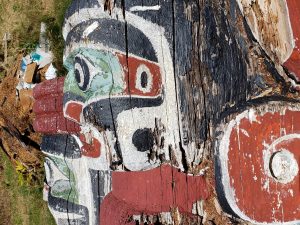 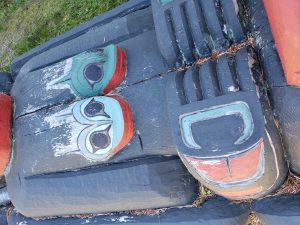 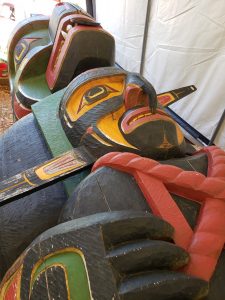 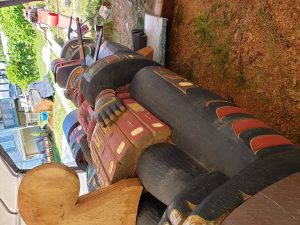 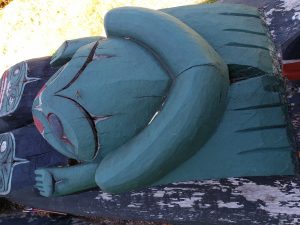